Quotes About Nomadic Life For Your Next World Tour 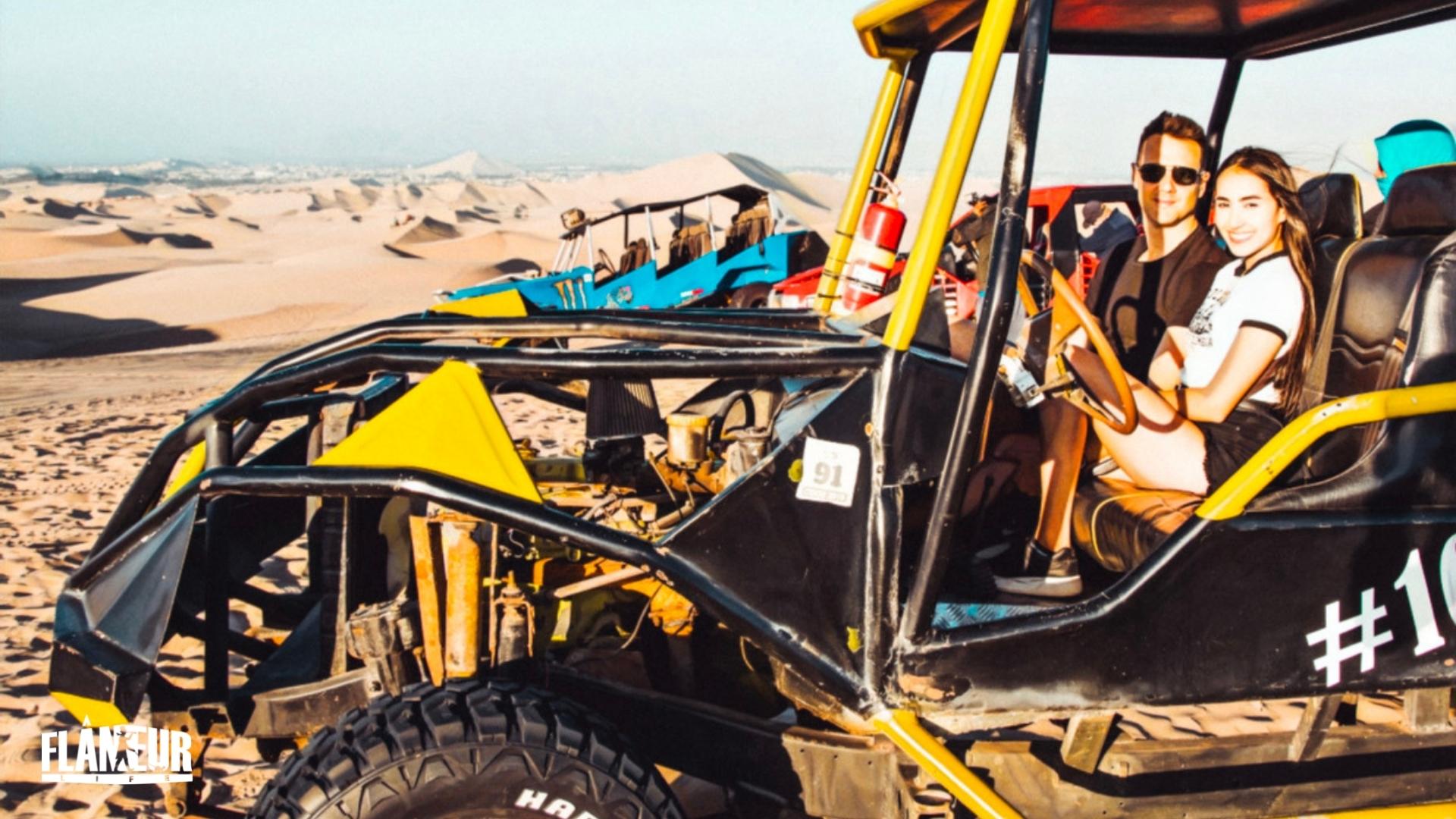 There’s something about the nomadic lifestyle that seems to call to people. Maybe it’s the freedom of being able to go wherever you want, when you want. Or maybe it’s the challenge of always having to figure out new ways to make a living. Whatever it is, there are plenty of quotes about nomadic life that speak to the wanderer in all of us. Here are some of our favorites!

If there’s one thing that all flaneurs share, it’s a love of wandering. We’re constantly on the move, exploring new places and discovering new things. And while some people may think that life on the road is always glamorous, nothing could be further from the truth. In fact, living a nomadic lifestyle can be downright challenging at times. But that doesn’t stop us from chasing our dreams. Because we know that ultimately, it’s worth it.

Here are some quotes about nomadic life that perfectly sum up what it is to live the way we do.

I haven’t been everywhere, but it’s on my list.

Certainly, travel is more than the seeing of sights; it is a change that goes on, deep and permanent, in the ideas of living.

A journey is like marriage. The certain way to be wrong is to think you control it.

A nomad i will remain for life, in love with distant and uncharted places.

The spirit of man is nomad, his blood bedouin, and love is the aboriginal tracker on the faded desert spoor of his lost self; and so I came to live my life not by conscious plan or prearranged design but as someone following the flight of a bird.

In place of a world, there is a city, a point, in which the whole life of broad regions is collecting while the rest dries up. In place of a type-true people, born of and grown on the soil, there is a new sort of nomad, cohering unstably in fluid masses, the parasitical city dweller, traditionless, utterly matter-of-fact, religionless, clever, unfruitful, deeply contemptuous of the countryman and especially that highest form of countryman, the country gentleman.

I travel not to go anywhere, but to go. I travel for travel’s sake. The great affair is to move.

Life begins at the end of your comfort zone.

Perhaps travel cannot prevent bigotry, but by demonstrating that all peoples cry, laugh, eat, worry, and die, it can introduce the idea that if we try and understand each other, we may even become friends.

Travel is fatal to prejudice, bigotry, and narrow-mindedness.

We wander for distraction, but we travel for fulfillment.

A path always makes so much more sense in retrospect.

The lives of happy people are dense with their own doings — crowded, active, thick. But the sorrowing are nomads, on a plain with few landmarks and no boundaries; sorrow’s horizons are vague and its demands are few.

A good traveler has no fixed plans, and is not intent on arriving.

The feudal ownership of land did bring dignity, whereas the modern ownership of movables is reducing us again to a nomadic horde. We are reverting to the civilisation of luggage, and historians of the future will note how the middle classes accreted possessions without taking root in the earth, and may find in this the secret of their imaginative poverty. The Schlegels were certainly the poorer for the loss of Wickham Place. It had helped to balance their lives, and almost to counsel them. Nor is their ground-landlord spiritually the richer. He has built flats on its site, his motor-cars grow swifter, his exposures of Socialism more trenchant. But he has spilt the precious distillation of the years, and no chemistry of his can give it back to society again.

I don’t think the homesickness of a perpetual wanderer can ever be quenched.

There had to be something wrong with my life. I should have been born a Yugoslavian shepherd who looked up at the Big Dipper every night. No car, no car stereo, no silver bracelets, no shuffling, no dark blue tweed suits.

As I listened I thought once again how precarious was the existence of the Bedu. Their way of life naturally made them fatalists; so much was beyond their control. It was impossible for them to provide for a morrow when everything depended on a chance fall of rain or when raiders, sickness, or any one of a hundred chance happenings might at any time leave them destitute, or end their lives. They did what they could, and no people were more self-reliant, but if things went wrong they accepted their fate without bitterness, and with dignity as the will of God.

The value of your travels does not hinge on how many stamps you have in your passport when you get home — and the slow nuanced experience of a single country is always better than the hurried, superficial experience of forty countries.

Travel is never a matter of money but of courage.

If this were so; if the desert were ‘home’; if our instincts were forged in the desert; to survive the rigours of the desert – then it is easier to understand why greener pastures pall on us; why possessions exhaust us, and why Pascal’s imaginary man found his comfortable lodgings a prison.

The man who goes alone can start today; but he who travels with another must wait till that other is ready.

I don’t like guidebooks. I don’t like self-help-style “you must do this to be happy” rhetoric. I really don’t like dogmatic, authoritative injunctions of any kind telling me how to live my life. And if my intuition about you, dear reader, is at all accurate, neither do you. So, don’t take anything written here as an imperative. I will be the last person to tell you what you “should” or “must” do. You’ll figure out your own path; I have no doubt about it. Consider this an interpretive roadmap. My roadmap, drawn with the advantage of hindsight and the lessons from over ten years of experience in being a solo female traveler. I hope it may be of benefit to you.

What is the universe

but a lot of waves

And a craving desire

As a woman I have no country. As a woman my country is the whole world.

I define myself as a seminomad, so my world consist of transient places, where being at home is not possible.

My religion is to live and die without regret.

If you are lonely when you are alone, you are in bad company.

If in doubt, just walk until your day becomes interesting.

There was nothing to stop me, I would be penniless, free, and could just pack up and walk away. I was a young man whose time coincided with the last years of peace, and so was perhaps luckier than any generation since. Europe at least was wide open, a place of casual frontiers, few questions and almost no travellers.

Not until we are lost do we begin to understand ourselves.

When you see a fork in the road, take it.

Your time is limited, so don’t waste it living someone else’s life. Don’t be trapped by dogma, which is living with the results of someone else’s thinking.

Long term travel is not an act of rebellion against society; it’s an act of common sense within society.

Over the years, I have grown to love airports, despite all the travel inconveniences which are getting worse every year. I don’t know why I have this strong desire to depart; to always be somewhere else. Maybe getting displaced and being forced out of my home as a result of war has turned me into a permanent nomad? Since I left Iraq for the first time in 2005, I almost always have a plane, bus, or train ticket to go somewhere. Sometimes I think of the mothers who abandon their unwanted babies at the doors of churches and mosques. I imagine that my mother, too, had left me at the door of an airport with a plane ticket instead of a pacifier in my mouth! And since then, I have been moving everywhere and arriving nowhere. Could it be that disillusion takes place precisely at the moment we arrive at a certain destination?

Travel and change of place impart new vigour to the mind.

I woke up early and took the first train to take me away from the city. The noise and all its people. I was alone on the train and had no idea where I was going, and that’s why I went there. Two hours later we arrived in a small town, one of those towns with one single coffee shop and where everyone knows each other’s name. I walked for a while until I found the water, the most peaceful place I know. There I sat and stayed the whole day, with nothing and everything on my mind, cleaning my head. Silence, I learned, is some times the most beautiful sound.

The only way to make sense out of change is to plunge into it, move with it, and join the dance.

It’s an inspiring thought, isn’t it? To think that by picking up and moving on we can open ourselves up to new adventures, experiences, and relationships.

Whether you’re a seasoned traveler or just starting out, it’s always inspiring to read quotes about nomadic life. They remind us of the possibilities that exist outside our everyday live and give us the courage to explore new places.

We hope you’ve enjoyed these quotes as much as we have and that they will inspire your next world tour.

What’s your favorite quote about nomadic life? Let us know in the comments below!