Quotes About Regret That Help Put Everything into Perspective 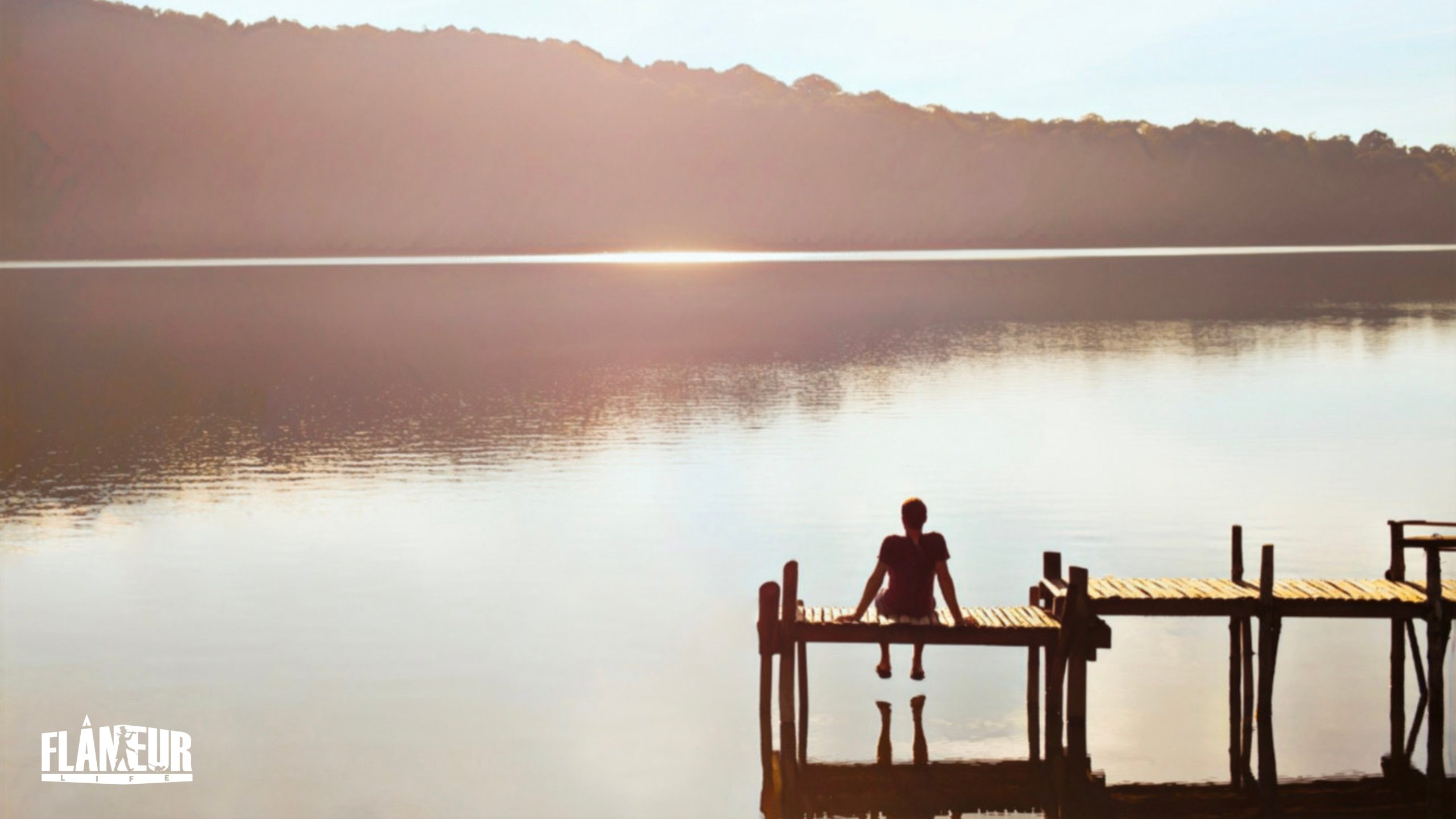 Sometimes, our decisions can haunt us for years and years after we’ve made them. We replay the moment over and over in our heads, wishing that we could take it back. If only we knew then what we know now. Fortunately, some people have been able to articulate these regrets perfectly. Here are some of the most insightful quotes about regret that will help put everything into perspective.

Regret is a powerful emotion. It can make us feel like we’re living in a nightmare, stuck in the past and unable to move on. And while it’s important to learn from our past experiences, it’s also helpful to remember that everyone makes mistakes and that no one is perfect. When we take a step back and look at regret from a different perspective, it can actually be one of our greatest teachers.

These quotes about regret offer some much-needed perspective on this universal feeling. They remind us that regret is a natural part of life, and that the most important thing is to move forward with grace and compassion. Read on for inspiration to let go of your regrets and focus on the present moment.

As far as I’m concerned, I regret nothing.

It is regret for the absence of his loved one which causes a mourner to grieve: yet it is clear that this in itself is bearable enough; for we do not weep at their being absent or intending to be absent during their lifetime, although when they leave our sight we have no more pleasure in them. What tortures us, therefore, is an idea.

In February there is everything to hope for and nothing to regret.

Make the most of your regrets; never smother your sorrow, but tend and cherish it till it comes to have a separate and integral interest. To regret deeply is to live afresh.

Has this world been so kind to you that you should leave with regret? There are better things ahead than any we leave behind.

Remorse is the punishment of crime; repentance, its expiation. The former appertains to a tormented conscience; the latter to a soul changed for the better.

We must all suffer from one of two pains: the pain of discipline or the pain of regret. The difference is discipline weighs ounces while regret weighs tons.

With everything that has happened to you, you can either feel sorry for yourself or treat what has happened as a gift. Everything is either an opportunity to grow or an obstacle to keep you from growing. You get to choose.

Prefer loss to the wealth of dishonest gain. The former vexes you for a time; the latter will bring you lasting remorse.

Don’t be so bitter about a bad experience from your past that you miss the opportunities in front of you.

Remorse is the poison of life.

You’ll seldom experience regret for anything that you’ve done. It is what you haven’t done that will torment you. The message, therefore, is clear. Do it! Develop an appreciation for the present moment. Seize every second of your life and savor it.

Many of us crucify ourselves between two thieves – regret for the past and fear of the future.

The bitterest tears shed over graves are for words left unsaid and deeds left undone.

I come to my solitary woodland walk as the homesick go home.

If only. Those must be the two saddest words in the world.

We must all suffer one of two things: the pain of discipline or the pain of regret or disappointment.

Regret for time wasted can become a power for good in the time that remains, if we will only stop the waste and the idle, useless regretting.

Live with intention. Walk to the edge. Listen hard. Practice wellness. Play with abandon. Laugh. Choose with no regret. Appreciate your friends. Continue to learn. Do what you love. Live as if this is all there is.

In the end, we only regret the chances we didn’t take, the relationships we were afraid to have, and the decisions we waited too long to make.

In history as in human life, regret does not bring back a lost moment and a thousand years will not recover something lost in a single hour.

This is our big mistake: to think we look forward to death. Most of death is already gone. Whatever time has passed is owned by death.

Speak when you are angry and you will make the best speech you will ever regret.

Guard well within yourself that treasure, kindness. Know how to give without hesitation, how to lose without regret, how to acquire without meanness.

I see it all perfectly; there are two possible situations – one can either do this or that. My honest opinion and my friendly advice is this: do it or do not do it – you will regret both.

Only as a warrior can one withstand the path of knowledge. A warrior cannot complain or regret anything. His life is an endless challenge, and challenges cannot possibly be good or bad. Challenges are simply challenges.

It’s not what you are, it’s what you don’t become that hurts.

Looking back, I have this to regret, that too often when I loved, I did not say so.

Dead people receive more flowers than the living ones because the regret is stronger than gratitude.

Have regular hours for work and play; make each day both useful and pleasant, and prove that you understand the worth of time by employing it well. Then youth will be delightful, old age will bring few regrets, and life will become a beautiful success.

The follies which a man regrets the most in his life are those which he didn’t commit when he had the opportunity.

Maybe all one can do is hope to end up with the right regrets.

It is with regret that I pronounce the fatal truth: Louis ought to perish rather than a hundred thousand virtuous citizens; Louis must die so that the country may live.

Regrets are a waste of time. They’re the past crippling you in the present.

My only regret in life is that I did not drink more wine.

My advice to other disabled people would be, concentrate on things your disability doesn’t prevent you doing well, and don’t regret the things it interferes with. Don’t be disabled in spirit, as well as physically.

I knew that if I failed I wouldn’t regret that, but I knew the one thing I might regret is not trying.

One regret dear world, that I am determined not to have when I am lying on my deathbed is that I did not kiss you enough.

The great tragedy of the average man is that he goes to his grave with his music still in him.

The bed is a bundle of paradoxes: we go to it with reluctance, yet we quit it with regret; we make up our minds every night to leave it early, but we make up our bodies every morning to keep it late.

Do not regret what you have done.

To regret the past, to hope in the future, and never to be satisfied with the present: that is what I spend my whole life doing.

The only conquests that are permanent and leave no regrets are our conquests over ourselves.

In my flowery dreams there’s always you. I do not regret it one bit.

Tap into that one fear that drives greatness – the fear of regret.

For all sad words of tongue and pen, The saddest are these, ‘It might have been’.

One truth discovered, one pang of regret at not being able to express it, is better than all the fluency and flippancy in the world.

I don’t spend much time regretting the past, once I’ve taken my lesson from it. I don’t dwell on it.

We suffer more in imagination than in reality.

One’s real life is often the life that one does not lead.

We all do things we desperately wish we could undo. Those regrets just become part of who we are, along with everything else. To spend time trying to change that, well, it’s like chasing clouds.

I regret very much that I have painted a picture that requires any description.

There is no person so severely punished, as those who subject themselves to the whip of their own remorse.

So often is the virgin sheet of paper more real than what one has to say, and so often one regrets having married it.

Regret is one of the most powerful emotions we experience in our lives. It can keep us up at night, make us second-guess ourselves, and generally cause a lot of pain. But sometimes, regret is a good thing. It can be what motivates us to make a change, to do better next time. And when we look back on our regrets, if we’re honest with ourselves, they often make us wiser and more compassionate people.

These quotes about regret offer some perspective on this powerful emotion – and maybe they’ll help you move on from your own regrets a little bit easier.

What’s your favorite quote about regret? Leave it in the comments below!