Quotes About Influence for the Modern Creator 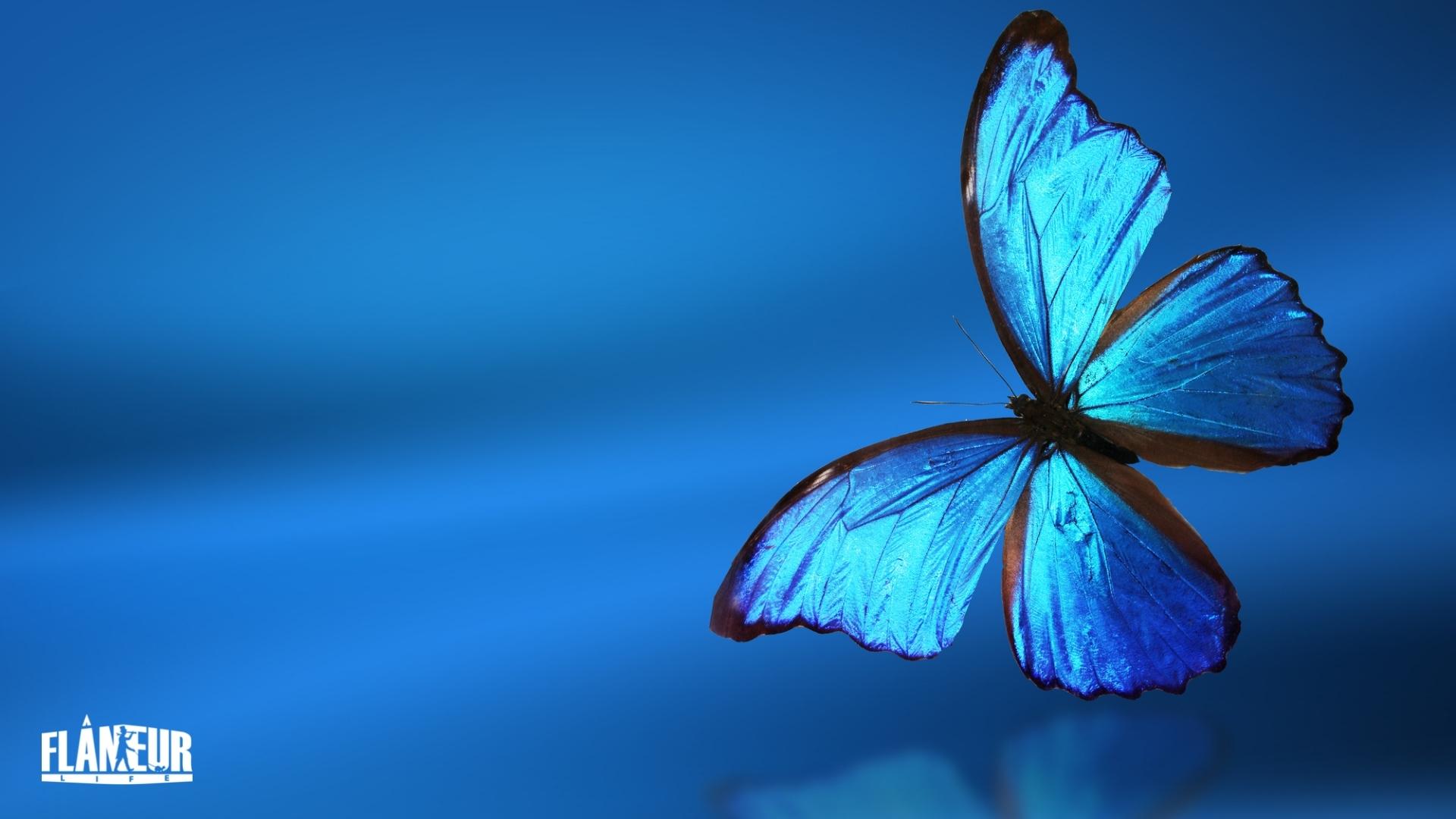 What does influence mean to you? For some, it may be having the ability to make a big impact on the world. For others, it might be more about affecting those around them in a positive way. No matter what your interpretation, there are plenty of quotes about influence out there that can inspire and motivate you. Here are just a few of our favorites!

We all have an impact on the people around us, and sometimes it’s hard to see just how much of an effect we can have. These quotes about influence will remind you of the power you possess to make a difference in the world, one person at a time. They may not seem like much, but with enough small changes, you can create a butterfly effect that can transform the world. So go out and start making a difference today!

I hold that a strongly marked personality can influence descendants for generations.

Example is not the main thing in influencing others. It is the only thing.

Your minds influence the key activity of the brain, which then influences everything; perception, cognition, thoughts and feelings, personal relationships; they’re all a projection of you.

Never underestimate the influence you have on others.

Think twice before you speak, because your words and influence will plant the seed of either success or failure in the mind of another.

The key to successful leadership is influence, not authority.

It is easier to influence strong than weak characters in life.

The purpose of influence is to “speak up for those who have no influence.

People exercise an unconscious selection in being influenced.

The function of prayer is not to influence God, but rather to change the nature of the one who prays.

Be selective about your external influences. Your multi-dimensional brain is influenced by everything you see, hear, read, smell, touch, feel or say.

The influential man is the successful man, whether he be rich or poor.

Our level of influence is not the same with everyone.

You don’t have to be a ‘person of influence’ to be influential. In fact, the most influential people in my life are probably not even aware of the things they’ve taught me.

Whether you flounder or flourish is always in your hands – you are the single biggest influence in your life. Your journey begins with a choice to get up, step out, and live fully.

Movies can and do have tremendous influence in shaping young lives.

We live in a world which is full of misery and ignorance, and the plain duty of each and all of us is to try to make the little corner he can influence somewhat less miserable and somewhat less ignorant than it was before he entered.

For selling is merely persuading another person to accept your service, your product, or your idea. In this sense, everyone is a salesman.

The future influences the present just as much as the past.

Whether we like it or not, the reality is that our decisions are influenced by a whole host of factors, many of which lay beyond our conscious awareness and control.

The only way in which one human being can properly attempt to influence another is by encouraging him to think for himself, instead of endeavoring to instill ready-made opinions into his head.

Nothing that occurred in your past can have any influence over you except the influence that you allow it to have.

It is a pleasure to me people – Who are an influence for good.

Another major concept is that ‘Thoughts influence emotions, which in turn influence behaviour’.

Leadership calls for changing people’s behavior. Influencers are those leaders who understand how to create rapid, profound, and sustainable behavior change.

We never know which lives we influence, or when, or why.

The ability to influence people without irritating them is the most profitable skill you can learn.

True leadership cannot be awarded, appointed, or assigned. It comes only from influence, and that cannot be mandated. It must be earned.

What you read, how often you read, your interpretation of what you read, and your thoughts and beliefs about reading are all influenced by the people around you and your relationship to them.

Influence and persuasion are two of the most powerful traits that can help you achieve your desired level of success.

A teacher affects eternity. He can never tell where his influence stops.

​​The best effort of a fine person is felt after we have left their presence.

So the only way on earth to influence the other fellow is to talk about what he wants and show him how to get it.

The question for each man to settle is not what he would do if he had means, time, influence and educational advantages, but what he will do with the things he has.

The humblest individual experts some influence, either for good or evil, upon others.

Be around people who have something of value to share with you. Their impact will continue to have a significant influence.

But the person who has technical knowledge plus the ability to express ideas, to assume leadership, and to arouse enthusiasm among people – that person is headed for higher earning power.

Blessed is the influence of one true, loving human soul on another.

Nothing has a stronger influence psychologically on their environment and especially on their children than the unlived life of the parent.

But Walt Disney’s influence cannot be measured by numbers or encomia. It can only be measured by how thoroughly he reshaped the culture and the American consciousness.

The secret of my influence has always been that it remained secret.

Nobody should be whipped. Remember that, once and for all. Neither man nor animal can be influenced by anything but suggestion.

A parent gives life, but as parent, gives no more. A murderer takes life, but his deed stops there. A teacher affects eternity; he can never tell where his influence stops.

The greatest influence on what we decide to do with tomorrow’s opportunity is not going to be circumstance, but rather what and how we think.

Often we don’t realize that our attitude toward something has been influenced by the number of times we have been exposed to it in the past.

Some of the most important decisions I have made might well have never been made or might have been very different if it hadn’t been for the influence of the people in my life. We all need mentors.

Whether you flounder or flourish is always in your hands ― you are the single biggest influence in your life. Your journey begins with a choice to get up, step out, and live fully.

The only way in which one human being can properly attempt to influence another is by encouraging him to think for himself, instead of endeavoring to instill ready―made opinions into his head.

Each of us should be aware of the energy we are putting out into the world. Are we a positive influence or a negative one.

A woman of wisdom has so much influence. The wise learn from her, and they do not ignore her wisdom at all.

Influence is no respecter of education or experience; it goes only with the one who will set aside his status ― be it high and mighty or low and lowly ― and put himself in the place of another.

He who influences the thought of his times, influences all the times that follow. He has made his impress on eternity.

Everyone here has the sense that right now is one of those moments when we are influencing the future.

Knowledge is not power. You may know many things, but without influence you can’t do anything.

Your thoughts greatly influence how you feel and behave. In fact, your inner monologue has a tendency to become a self―fulfilling prophecy.

A great verse can have a great influence on the soul of a language.

Influencing the world for good starts with service, self―care and specificity in time contribution to family.

Let no man imagine that he has no influence. Whoever he may be, and wherever he may be placed, the man who thinks becomes a light and a power.

You don’t influence people by commanding them. When you are doing that, you are a manipulator and not a leader.

Strong communicators increase their influence because they are intentional and focused with their language.

Having a title only doesn’t make one a leader; talented people without a title don’t follow blindly, they practice leadership via influence.

Faith doesn’t deny a problem’s existence. It denies a problem a place of influence.

Many things go into influence. You must have a vision, develop your skills and abilities, know your audience, and plan, but at some point, you must take action. Without action, you have no influence.

Are you a SNIOP? Someone who is Sensitive to the Negative Influence Of Others?

A life isn’t significant except for its impact on other lives.

Clothes make the man. Naked people have little or no influence on society.

The path to influence starts with your identity. Who you are, and who you become, will determine the impact you make.

Influence is a powerful thing. It can make people do things they never thought possible and it can help us achieve our goals. As entrepreneurs and creators, we should be constantly looking for ways to increase our influence with our target audience. As travelers, we should always be looking to set an example for everyone around us and leave an impact on all those we cross paths with.

The quotes we’ve shared in this post offer some great insights into the nature of influence and how to use it to your advantage. What’s your favorite quote about influence? Let us know in the comments. And don’t forget to apply what you learn from these quotes when implementing your next idea – you may be surprised at how well it performs!