36 Quotes About Freedom That Will Leave You Unchained 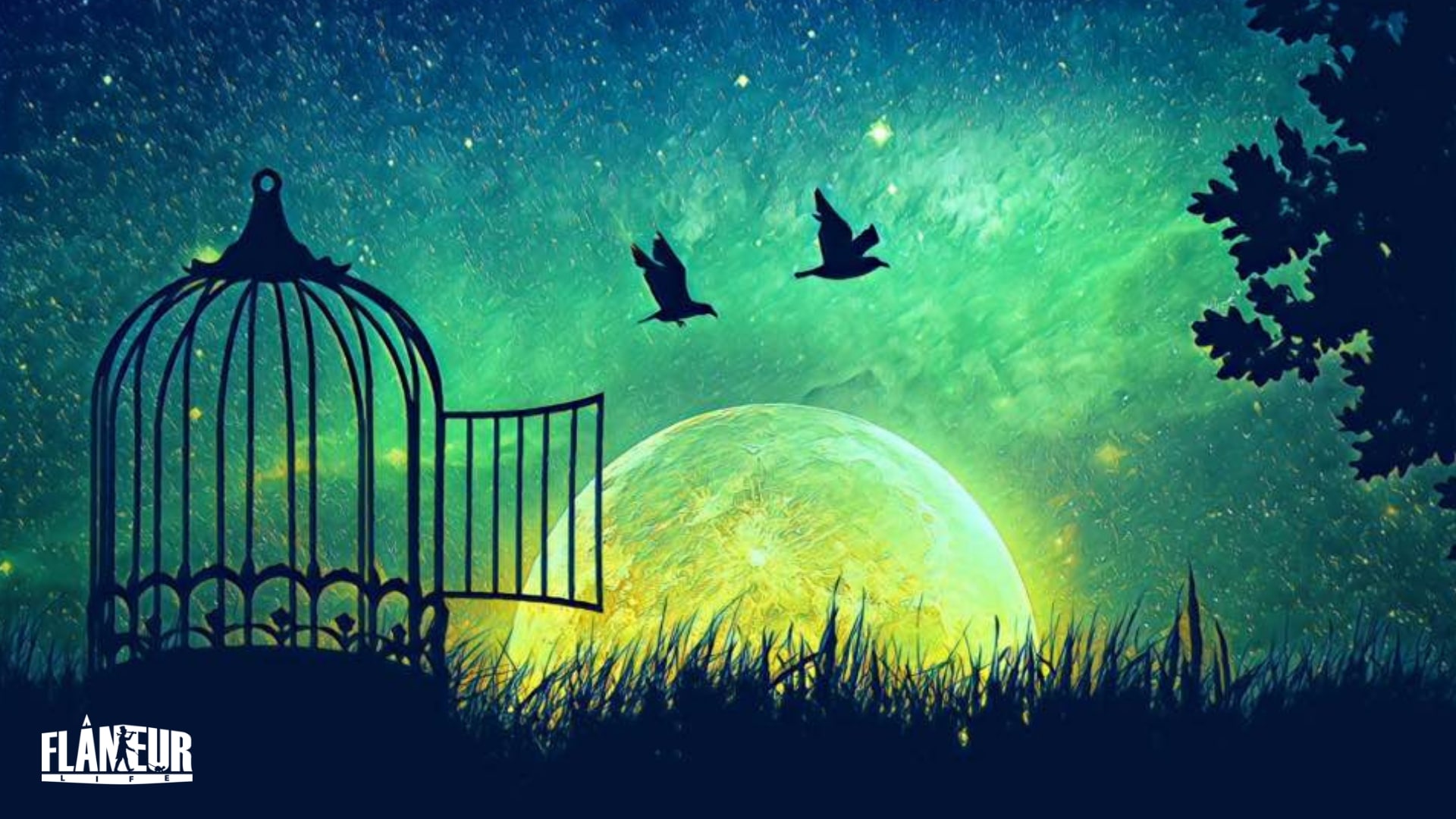 Imagine waking up without an alarm clock and starting the day with a clean slate, free from obligations or expectations from others. To some, this is the perfect representation of freedom. But to others, it’s something completely different. These quotes from famous thinkers will help illuminate us about the complex nature of freedom.

When I walked into my AirBnb for the first time, the birdcage decoration on the coffee table caught my eye straight away. As someone who has spent the past decade working to create a life on my own terms, there was a deeper, more symbolic meaning behind it for me.

Despite aspiring to freedom for so long, I realized I had never precisely defined it for myself. I thought about it a lot, I had always worked hard for it, but freedom was always more of a feeling to me and not something I could clearly characterize.

Curious to know what others thought, I put up this poll on my Instagram:

I got more responses and engagement from this story than I would have ever imagined. Apparently this was a hot topic.

What resulted were some truly engaging philosophical conversations about self-employment, psychology, the nature of autonomy and kicking ass in life. One thing was glaringly obvious: freedom means different things to different people.

Here’s a collection of quotes about freedom that can help us view the lofty concept from different perspectives:

The “what is freedom?” question commonly brings up discussions related to time versus money. It makes sense. These are most often our biggest immediate restrictions to freedom.

“In a job you trade your freedom and time for money.”

“Money gives you the freedom to do with your time what you want to do with it.”

“Being rich is having money; being wealthy is having time.”

For others, freedom is more about autonomy—the need to feel like they have choices and are the source of their own actions.

“Freedom – to walk free and own no superior.”

“Freedom is the emancipation from the arbitrary rule of other men.”

“Is freedom anything else than the right to live as we wish? Nothing else.”

“Freedom is the power to say no.”

“Everything that is really great and inspiring is created by the individual who can labor in freedom.”

“Freedom in general may be defined as the absence of obstacles to the realization of desires.”

“Like bones to the human body, the axle to the wheel, the wing to the bird, and the air to the wing, so is liberty the essence of life. Whatever is done without it is imperfect.”

Freedom often starts in the mind, and these quotes express that notion perfectly.

“I know but one freedom and that is the freedom of the mind.”

“Men talk of freedom! How many are free to think? Free from fear, from perturbation, from prejudice? Nine hundred and ninety-nine in a thousand are perfect slaves.”

“Man is free at the moment he wishes to be.”

“Letting go gives us freedom, and freedom is the only condition for happiness. If, in our heart, we still cling to anything – anger, anxiety, or possessions – we cannot be free.”

“Freedom begins between the ears.”

“Everything can be taken from a man but one thing: the last of the human freedoms—to choose one’s attitude in any given set of circumstances, to choose one’s own way.”

Freedom for some represents a chance to focus on bettering themselves, while for others it’s this very process of self-actualization that leads to freedom.

“Freedom is nothing else but a chance to be better.”

“Liberty, when it begins to take root, is a plant of rapid growth.”

“Freedom is the will to be responsible to ourselves.”

“Freedom is what you do with what’s been done to you.”

“Between stimulus and response, there is a space. In that space is our power to choose our response. In our response lies our growth and our freedom.”

i) Freedom Through Facing Fears

Freedom can also come from garnering the courage to step outside our comfort zones and away from security. It’s through facing our fears that we rid ourselves of them.

“He who has overcome his fears will truly be free.”

“Most will give up an acre of freedom for a closet of security.”

“Most people want security in this world, not liberty.”

It can be stifling to feel the need to wear a mask or hide behind a persona all the time. For many, freedom is found through finding out who you are authentically and acting accordingly.

“The best freedom is being yourself.”

““Conformity is the jailer of freedom and the enemy of growth.”John F. Kennedy

5. Freedom Quotes: Thinking Outside the Box

Don’t be afraid to be different. Freedom can be found through experimentation and trying things in new ways. Even when we fail, we become more resilient and move closer toward true freedom.

“Freedom is always and exclusively freedom for the one who thinks differently.”

“Freedom is always associated with risk taking, whether it leads to it or comes from it.”

“Disobedience is the true foundation of liberty. The obedient must be slaves.”

Others find freedom through minimalism or by giving up the hold that objects have on them.

“It is preoccupation with possession, more than anything else, that prevents men from living freely and nobly.”

“The secret of happiness is not found in seeking more, but in developing the capacity to enjoy less.”

“It’s only after you’ve lost everything that you’re free to do anything.”Tyler Durden (Fight Club by Chuck Palahniuk)

So, What is Freedom Exactly?

These quotes show us that freedom is more complex than simply having more time or more money.

Thinking back, I would have answered my own poll differently depending on what period of my life I was in. When I was a university student and working a job on the side, I would have killed for more time. But later when I was working a full-time job and hustling to work on my business during the evenings and weekends, it was money that represented freedom to me. I would have killed to be able to quit my job and start living my lifestyle design dream faster, working on projects I loved and having time to improve in all areas of my life.

I’m grateful for the conversations that came up after posting the poll about freedom. They made me think (like all good conversation should) and lead to this post.

Tell me, what does freedom mean to you?

Have any other quotes about freedom you’d add to the collection? Leave a comment below.